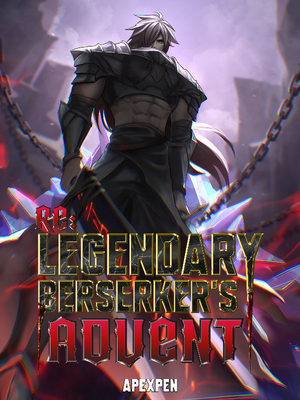 However, those same gifted senses came at a mortifying price. His seemingly unique gift inevitably led to the rapid degeneration of his mind’s normal functions.

It was a “seemingly impossible-to-cure” curse in the package of a blessing. Alas, Kieran’s so-called comrades and guild leader only revealed on his deathbed that while an admitted treatment existed, the board withheld the information in fear of him becoming a monster that the guild could no longer control.

After all, with his potential, it was only a matter of time until he reached the true epitome of the remarkable VRMMORPG known as Zenith Online. Any one of the overlords of Zenith Online commanded tremendous strength in the real world because the game evolved continuously until, at its lowest, it turned into an unprecedented financial engine.

At that point, many entities on Earth used it as a path to fame and fortune, while others used it as an outlet to release their daily accrued stress.

Enraged by the revelation on his deathbed, Kieran’s resentment soared to astronomical heights.

Fortunately, Kieran is given another chance when he is ostensibly reborn to a period just before the official launch of Zenith Online.

Since most of his knowledge is limited to events regarding Zenith Online, Kieran decides it will be the catalyst to support his ultimate path forward.

Thus, this marks the beginning of Kieran’s evolution into an entity lauded as the Legendary Berserker and several more imperious monikers.

Whether or not this is the same Earth as before or if the events unfold the way Kieran remembers is a mystery he must tackle at each step in his rise to glory.

The advent of an unstoppable force is upon us, and the journey to becoming the Legendary Berserker begins!