You Might Die If I Cast My Healing Spell 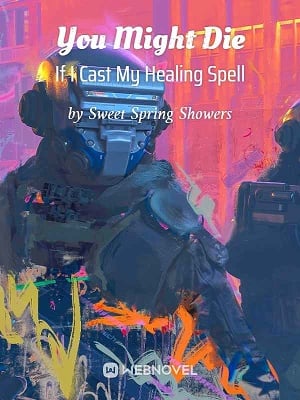 You Might Die If I Cast My Healing Spell

You’re Reading You Might Die If I Cast My Healing Spell Novel at ReadNovelDaily.

In that year, the entire world mutated. The game descended into reality while demonic catastrophes rampaged.

For the sake of survival, everyone had to pick up a job class and level up their skills frantically. They worked hard to be more powerful.

He could reverse and strengthen any effect that was targeted at the host. For instance, he could turn damage into healing and buffing into debuffing.

As such, he changed his job class and became a priest.

He challenged an opponent, “Come at me! Attack me with any of your forbidden curses or divine techniques. I will admit defeat even if I lose a bit of blood.”

He then said, “So, your attack has no effect on me? It’s my turn to attack now. Healing Spell!”

[Notification: you attacked your opponent with a healing spell and caused 100 million points of critical damage. The other party has been afflicted with the negative status effects of anti-treatment, poison, burn, silence and fatigue.]