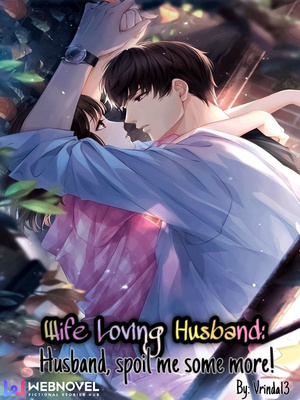 At the age of 6, she lost her mother,

At the age of 10, she lost her dear grandmother,

6 years back, she was fooled by her soon-to-be fiance and was forced to leave her maternal house,

4 years back, she was kidnapped and then was in an accident, due to which she forgot the past 2 years of her life.

Life was never easy on her. She has suffered a lot!

Someone has correctly quoted, “justice can be delayed but it will not be denied.”

Finally, God showered her with mercy. She was found by her paternal family. She got a loving grandmother, an uncle and a cousin. With their support, she rose in power and was now a name of terror in the business world, Zhou Liying.

Zhou Liying, popularly known as Hitler or a heartless woman was a smart, shrewd and successful businesswoman. She was called heartless but she had a big heart, doors to which were opened only for her dear one.

5 years back, he fell in love for the first time,

4 years back, he was separated from her when she was kidnapped.

Mu Yuehan was once a charming, happy-to-go boy. He lost himself when he lost her, the love of his life. Today, he was living like a zombie, holding onto the ray of hope that he would find her. He was a broken man. Only she could fix him. He was alive only for her.

“Where are you, TianTian? I miss you.” He lovingly looked at the photo in his hand. A tear fell from his eyes.

“Boss, we found her. She is living with a new identity of Zhou Liying, CEO of Zhou corporations. ”

“Interesting.” Lips of Mu Yuehan tilted up in a doting smile when he looked at her latest photo. His heart started to beat fast like a bullet train. A giddy, boyish smile appeared on his face.

“I am so happy to have found you.” His voice was so soft that anyone could say he loved the lady in the photo more than anything.

“Who are you?” Zhou Liying looked at Mu Yuehan as if seeing him for the first time.

Mu Yuehan was not the one to accept defeat in front of fate. Now, he was on a mission, 'make her fall in love with me, again.'

“What are you doing here?“

”Didn't I tell you, I am a parasite who is stuck with you!“

Tricks to pursue her:

- Showering her with gifts ✓

- Seducing her by using his body ✓

- Fighting against her attackers, to protect her ✓

What else is left?

Will Mu Yuehan be able to make Zhou Liying fall in love with him? Will Zhou Liying get her revenge on her ex soon to be fiance? What will be the hindrances coming in their love life?

To know the answers, peek inside the book: 'Wife loving husband: Husband, spoil me some more!'

Chapter 1 Prologue 1
Chapter 2 Prologue 2
Chapter 3 Empty Life
Chapter 4 Come Back To Shanghai
Chapter 5 Heartless Woman
Chapter 6 Grace Like A Queen
Chapter 7 I Will Demand A Ring Worth More Than 100 Million Dollars
Chapter 8 Winning A Bike Race
Chapter 9 Recollection Of A Memory
Chapter 10 A White Lie
Chapter 11 His Love For His Siblings.
Chapter 12 Hate Toward His Mother
Chapter 13 There Is A Good News
Chapter 14 Please Be Good News This Time
Chapter 15 It’s Her. I Found Her.
Chapter 16 My City Is Calling Me Back.
Chapter 17 Her Only Friend
Chapter 18 Short-Circuit In Brain.
Chapter 19 Getting Ready Like A Bridegroom.
Chapter 20 Looking At Her From Afar.
Chapter 21 Dogs Only Know How To Bark.
Chapter 22 Who Is A Lowly Peasant? Not Me!
Chapter 23 Seeing The Cheating Couple.
Chapter 24 Mom, I Am Back. Your Princess Is Back.
Chapter 25 Reunion
Chapter 26 A Sad Memory With Her Mommy
Chapter 27 Doom Of Someone
Chapter 28 Scary, Their New CEO Is Very Scary!
Chapter 29 Do You Plan To Throw Me Off The Building?
Chapter 30 I Am Greedy
Follow this page Read Novel Daily on Facebook to discuss and get the latest notifications about new novels