Videogame: I Began With Top-tier Luck 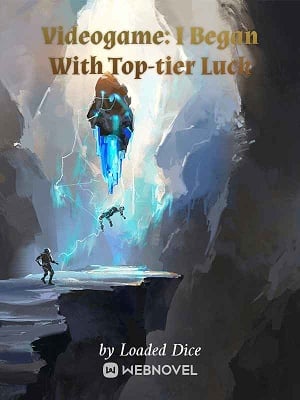 Videogame: I Began With Top-tier Luck

In the year 2060, a holographic game named Glory descended. Players discovered that the skills and equipment they acquired in the game could be materialized in reality.

Suddenly, everyone went crazy looting for resources in the game.

Chen Feng was one of the players. Moreover, right after he entered the game, he awakened a hidden attribute that everyone would kill to have – Top-tier Luck.

In the Beginners’ Village, all the other players chased behind the chickens in order to hunt them. However, things looked very different for Chen Feng. One by one, the chickens hit him and died. He acquired experience points just by standing still.

When the other players were grinding hard for resources, Chen Feng picked up coins for free as soon as he stepped out of his door.

When the other players were grinding hard in order to collect a good piece of equipment, Chen Feng was already garnered with all kinds of god-tier equipment.