Uprising In The Plot! After Transmigrating, The Bigshots Pampered Me 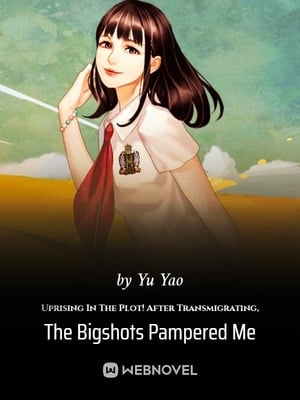 Uprising In The Plot! After Transmigrating, The Bigshots Pampered Me

You’re Reading Uprising In The Plot! After Transmigrating, The Bigshots Pampered Me Novel at ReadNovelDaily.

When Yu Yao opens her eyes, she realizes that she has transmigrated into a book that she had once read. It’s a book containing a typical story about a real daughter and a fake daughter.

The real daughter was framed, and the fake daughter was pampered by everyone. Her biological brothers had only been doting on her fake younger sister—who had been switched at birth—and hated Yu Yao tremendously. They even believed her fake sister’s lies and sent Yu Yao to a mental hospital.

Our protagonist has transmigrated into the body of the pitiful real daughter, Yu Yao. She is racked with helplessness at having to endure this living hell...

What bothers her the most was that this was only the beginning. She’s aware that even if she escapes the hospital, her fake two-faced sister would not let her off so easily. Her elder brothers, who do not recognize her as family, would also help this deceptive snake in dealing with her. In the future, there would be constant trouble, and living a peaceful life would be far out of her reach. Just as she perks up and prepare for battle, there seems to be a shift in plot...

The Second Brother, who had always been the meanest to her, rescues her from the mental hospital hastily and starts showing her concern. He is tender and affection is written in his eyes.

Meanwhile, her most ruthless Eldest Brother, who had never considered her to be his younger sister, starts treasure her. He begins listening to her every demand whilst cold-shouldering her two-faced fake sister.

Yu Yao is confused. What’s going on here? This isn’t in the script! Why was she, who was supposed to be shunned by all and constantly the target of their bullying, suddenly being pampered by so many people?!

It was only after a long time that Yu Yao realizes what had happened—her elder brothers are all transmigrators too!

Originally, the book ends with a tragedy befalling the family. The two-faced fake sister betrayed them all and sent them to a tragic end. It was Yu Yao who rescued them and died in the process. After Yu Yao’s elder brothers transmigrated, they swore to protect Yu Yao with all their might as they worked endlessly to win her favor.