Transmigration: I Became The Daughter of a Family of Villains 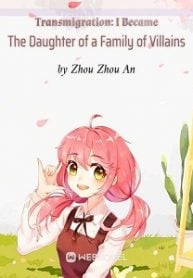 Transmigration: I Became The Daughter of a Family of Villains

You’re Reading Transmigration: I Became The Daughter of a Family of Villains Novel at ReadNovelDaily.

When I woke up, my father was a nouveau riche whom everyone despised, and I had five great brothers: a black actor in the entertainment industry, a useless lawyer in the field of law, a sickly quack in the medical field, a plagiarizing dog in the design industry, and a school bully.

Everyone was waiting to see her make a fool of herself. They wanted to see how she would face this villainous and vulgar family. Instead, Lu An licked her lips in satisfaction. ‘This is so exciting!’

However, before she was ready, Big Brother won Best Actor, Second Brother was presented with silk banners, Third Brother was known as the Ghost Doctor, Fourth Brother refused to be a top celebrity, and Fifth Brother became her web manager and film editor. At the same time, they said that only their little sister could employ their services. A confused Lu An: “Is this the hellish model I wanted???”

The nouveau riche father who doted on her: “Daughter, do you want to be born into a prestigious family?”

A D-list celebrity who rushed over after hearing the news: “An, your brother can be salty and sweet. He can sing and dance well. He can pout and act cute. He’s surprising and exciting all the time. You can experience it first before signing the receipt. There’s also a perfect after-sales service, eh? [crazy blinking peach blossom eyes~]”