Transmigrating To Ancient Times With A Kitchen 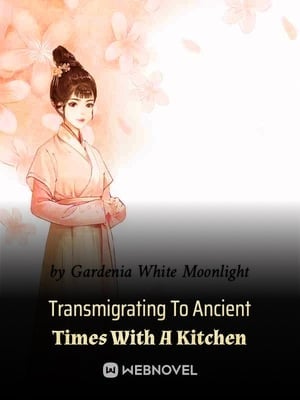 Transmigrating To Ancient Times With A Kitchen

You’re Reading Transmigrating To Ancient Times With A Kitchen Novel at ReadNovelDaily.

When a gas tank exploded, Jian Qingqing transmigrated into the body of a little girl who had just died of starvation. Looking at the skinny, starving family living in a worn-down house that did little to shield them from the rainstorm outside, Jian Qingqing felt that she would soon die again. But she hadn’t expected her kitchen to follow her through time. Looking at the abundance of supplies in it, Jian Qingqing’s eyes lit up. Great! She wasn’t going to die this time!

Using the supplies in the kitchen, Jian Qingqing led her family as they opened up the land for farming and building houses. Unexpectedly, the high-yield grains led the entire country out of poverty. Everyone praised Miss Jian as a God that had descended to earth! She developed a method to process coarse salt into fine salt so that people could eat it with ease. The Emperor’s face was filled with tears as he said, “Miss Jian is really my lucky star!”

In the end, the whole world was unified and shouted, “All of this is due to Miss Jian’s hard work!”

Jian Qingqing said, “I just like to grow crops. I didn’t do anything!”

After her success, Jian Qingqing planned to find a nice, obedient husband to bring home. But what was up with the legendary prince who was ruthless, indifferent, and could stop children from crying? Why was he always appearing beside her?

Ming Zhiyan said, “I’m nice and obedient. Why don’t you marry me, Qingqing?”

Looking at the man who was clearly a wolf pretending to be an obedient dog, Jian Qingqing fell into deep thought.