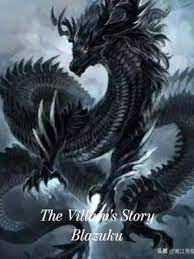 Three Souls lay in one body,

One soul belonging to a man who had reached the peak, the strongest there ever was, the one who had the talent to do so. Yet he suffered because of his talent. His soul shone as bright as a galaxy once, but now is but a sun. His talents made him the envy of all.

And He lost it all.

The Second soul belonged to a man soon to be the richest in the world.

A man who had his face charred, a man who seemingly had every odd placed against him from the very beginning.

He went against the family that abused him and triumphed over them. Yet he was left broken inside, He craved a release, and the first soul brought him that release.

And he became a psychopath that scared the manifestation of evil itself.

The child born from their souls was anything but ordinary. Cursed with a fate no one wanted. Cursed with the fact that the Universe wanted him dead.

He was born from Chaos And Ice and a fraction of light, Yet manipulated Space.

His abilities were so powerful they were harmful to his body.

His talent is as infinite as the boundless cosmos.

His enemies were greater than one could count.

His luck is worse than shit.

And Yet, he continued to fight. Despite whatever was thrown at him, he would brute force through it or outsmart it, befitting the other two above.

He continued to fight, not believing in the bullshit that was destiny.