The Substitute Bride and the Cripple 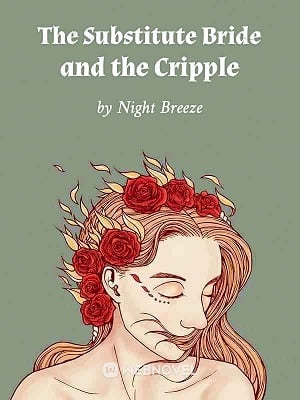 The Substitute Bride and the Cripple

You’re Reading The Substitute Bride and the Cripple Novel at ReadNovelDaily.

Tang Qiu was a substitute bride–forced to take her half-sister’s place and marry the young master of the Jiang family, a deformed cripple with less than 6 months left to live.

“Who would have thought that even a sickly whelp like Jiang Shaocheng would find himself a bride?”

“I hear that he’s practically on his deathbed and he’s only marrying the Fengs’ daughter to improve his lifespan.”

Tang Qiu ignored the whispers around her and focused on her husband-to-be, who coughed violently in his wheelchair. At the altar, after they had said their vows, she lifted her veil and knelt in front of Jiang Shaocheng, pressing a hesitant kiss to his lips.

The marriage contract was signed. No matter his physical deformities, he was now her husband.

She wasn’t afraid of the scars that marked his face, nor was she repulsed by him being confined to a wheelchair. Every morning, she made him breakfast, attended to his needs, and thought of little else beyond her duties as a wife.

“Young Master Jiang is a cripple who can’t get it up,” her best friend argued. “When he dies, you’ll still be untouched. You should set your sights higher.”

“A sickly invalid like Jiang Shaocheng can’t give you happiness,” her ex-boyfriend insisted. “I’ll wait for you.”

But Young Master Jiang only scoffed. “I have plenty of time left to be with her.”

Later in their marriage, Jiang Shaocheng wanted to enjoy his little wife in all ways–the press of her lips against his, the brush of skin on skin; the way a husband and wife were supposed to. But Tang Qiu refused him, blushing. “No, we can’t. The doctor says you can’t exert yourself.”

Jiang Shaocheng’s desire was surging through him, a heat in his core that demanded to be satiated. He cursed, I should have gotten rid of that doctor and the wheelchair long ago.

But he yearned to make love to his little wife, and so he revealed his true identity. In the blink of an eye, the deformed cripple transformed into a powerful businessman–tall, dark, and handsome. He quieted Tang Qiu’s protests, his body positioned over hers, his arms caging her as she lay on the bed. His voice was low when he asked, “What about now?”

Chapter 1 - The Substitute Bride
Chapter 2 - My Name is Feng Lu
Chapter 3 - Will You Teach Me?
Chapter 4 - See If I Don’t Kill You First
Chapter 5 - What Proof Do You Have?
Chapter 6 - I’m Already Such A Hassle
Chapter 7 - Hold On A While
Chapter 8 - You Kissed Me; That Makes You Mine
Chapter 9 - I Am Your Wife
Chapter 10 - Uncultured and Without Empathy
Chapter 11 - Of Course We Should Sleep Together
Chapter 12 - Drained Half the Life From Him
Chapter 13 - Lucky in Love This Year
Chapter 14 - Conservative Choice of Clothes
Chapter 15 - Let Me Borrow Your Luck, Dear
Chapter 16 - Get Lost, Unless You Want to be Disfigured
Chapter 17 - Imbued in Her Heart
Chapter 18 - Give Me Some of Your Air
Chapter 19 - In the Arms of a Man
Chapter 20 - Who’s Going to Regret What?
Chapter 21 - Maybe We Should Check the CCTV
Chapter 22 - Is He Better Than Me?
Chapter 23 - Not Very Amusing
Chapter 24 - No Medicine Compares to You
Chapter 25 - Better Prospects, A Better Home
Chapter 26 - Not Allowed To Behave Like This With Other Men
Chapter 27 - Remarkable Restraint
Chapter 28 - Want Him To Kiss Me
Chapter 29 - He is My Future
Chapter 30 - Why So Clingy?
Follow this page Read Novel Daily on Facebook to discuss and get the latest notifications about new novels