The Rich Daughter Is A Mob Character, But She's Not Keeping In Line 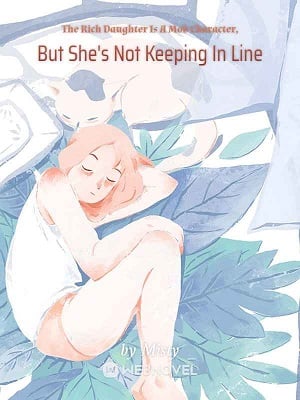 The Rich Daughter Is A Mob Character, But She's Not Keeping In Line

Chapter 120End - The Grand Finale
Chapter 119 - Chen Jingzhi and Lu Yao Were Getting Married
Chapter 118 - How Did the Two of Them End up Together?
Chapter 117 - Extortion

You’re Reading The Rich Daughter Is A Mob Character, But She's Not Keeping In Line Novel at ReadNovelDaily.

Bei Qingqing was left to fend for herself over eighteen years before the rich Bei Family finally took her back. She found that her identity as a daughter had been replaced by the ‘naive and adorable’ Bei Bei, who was kept in her family.

Affection grows with proximity, and that certainly applied for them — there was just no comparing the affection the Bei Family had towards Bei Bei, to the affection of their biological daughter. They had spoiled Bei Bei for eighteen years.

It seems that Bei Bei was now all that mattered to them.

Even so, Bei Qingqing married Chen Jiazhi, who had been comatose for years and said to have no chance of waking up. By doing so, she earned her two-million-yuan dowry for her adopted mother’s hospital bills.

Though Bei Qingqing believed that she would be widowed for life, she didn’t expect an accidental kiss on their first night to wake Chen Jiazhi!

Everyone in the entire Chen Family — from grandparents to uncles — are now indebted to Bei Qingqing. They all spoiled her, especially her now-awake husband Chen Jiazhi. Naturally, the Chen Family also took care of her adopted mother by providing her with better treatment!

Bei Bei was left red-eyed in fury! She was supposed to be Chen Jiazhi’s fiancee. His enormous wealth and affection were rightfully hers!

Moreover, Bei Qingqing had health problems and couldn’t get pregnant. Bei Bei will do her best and scheme to replace Bei Qingqing!

Unexpectedly, however, Bei Qingqing was having morning sickness just two months after marrying despite rumors of her infertility!

As for the Bei family that abandoned her? They were declining at a visible rate, and soon wouldn’t even deserve to lick Bei Qingqing’s shoes!

Chapter 1 - Forced Into a Substitute Marriage
Chapter 2 - Don’t Touch Me
Chapter 3 - You Won’t Be Able to Escape Tonight
Chapter 4 - Do You Want to Die?
Chapter 5 - You’re Bullying My Woman?
Chapter 6 - Ask For a Divorce?
Chapter 7 - So Unlucky!
Chapter 8 - I’ll Give You Everything You Want
Chapter 9 - Send My Men to Escort Her
Chapter 10 - They Were Very Loving
Chapter 11 - A Threat From the Bei Family
Chapter 12 - This Is Also Your Home
Chapter 13 - Sharing the Same Bed
Chapter 14 - Chen Jiazhi’s Childhood Sweetheart
Chapter 15 - She Felt That She Was Redundant
Chapter 16 - An Ambiguous Posture
Chapter 17 - Holding Hands
Chapter 18 - He Must Despise Me for Being Stupid
Chapter 19 - It Was a Show for Chen Jiazhi
Chapter 20 - Does Your Hand Hurt?
Chapter 21 - She Would Definitely Get It Back
Chapter 22 - Help Me Take Off My Clothes
Chapter 23 - Bathing
Chapter 24 - He Was So Good at Flirting
Chapter 25 - I Don’t Want to Wear It
Chapter 26 - She Must Have Brainwashed Him
Chapter 27 - She Wanted to Snatch Him Away
Chapter 28 - Frame Her
Chapter 29 - I Won’t Apologize, Absolutely Not!
Chapter 30 - Kiss Me
Follow this page Read Novel Daily on Facebook to discuss and get the latest notifications about new novels