The Record of Orc Civilization 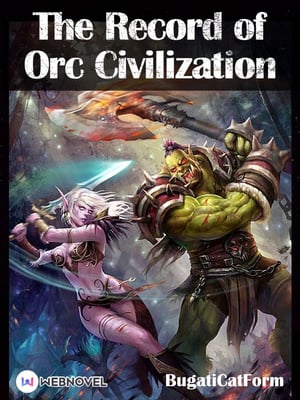 The Record of Orc Civilization

You’re Reading The Record of Orc Civilization Novel at ReadNovelDaily.

In the Bog forest, dangers were in every corner. During the nighttime, the thick white mist blinded the eyes and the chilling air froze you to the bones. Once morning arrived, thousands of ferocious mutated animals as big as the hills roamed for prey.

Among them lived the weakest species on the Meer Continent, the Monster Species. They only survived with their tough bodies in the midst of a world ruled by magic power.

To the mage, they were simply pests that were easy to be exterminated.

To avoid the eyes of the mana rulers, they had to hide in secluded places; in the caves shrouded by shadows or in the dark underground where filth was brimming. But, continuing to hide was not a solution.

When warbeasts sharpened their claws, elves polished their weapons, humans feasted on their greed, and demons searched for prey with their thirst, an orc named Moku was born.

Moku was a world MMA champion who transmigrated into the body of an orc in the magical world. He had always dreamed of possessing superpowers; being able to jump beyond the clouds, shattering the mountains in one hit and running faster than sound.

Moku dreamed of having these powers. He used rituals, magical lore, and all the things that were considered myths and fairy tales in his home world to make him and his tribe stronger.

A promise was deeply engraved by him. One day, he would bring the war to those who underestimated them.