The Prince Regent Is Powerful, And My Mommy Is Expecting Again! 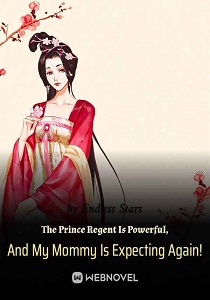 The Prince Regent Is Powerful, And My Mommy Is Expecting Again!

You’re Reading The Prince Regent Is Powerful, And My Mommy Is Expecting Again! Novel at ReadNovelDaily.

Armed with a Miracle Doctor System, she used the needles in her hands to snatch people from the god of hell, raised the craziest children possible, and abused the scum of all scums!

But, no one could have expected her to accidentally provoke a famous war god from the frontier region!

The man had looks, money, and status. He pulled her back to his place to become his regent consort.

Gu Qingxue told him frankly that she was already married and had children, so it was a no! But then…

Who can tell her why all her children looked like him?!

Her second baby, Xiao Daimao, faced his father and said to everyone, “My mommy is very knowledgeable, so why would we need a father?!” Her third baby, Xiao Mian’ao, would boast whenever he saw people, “My mommy has a beautiful, sweet voice. It’s enough that I have my mommy!”

Only her eldest child was mature, remaining calm and unaffected. Then, her fourth child shouted, “Brother! Dad is climbing the walls again!”

Her eldest child, who had been unruffled a moment ago, picked up a big stick and rushed out immediately.

He would guard his mother till the end!