The Number One Star in the Interstellar Era [BL] 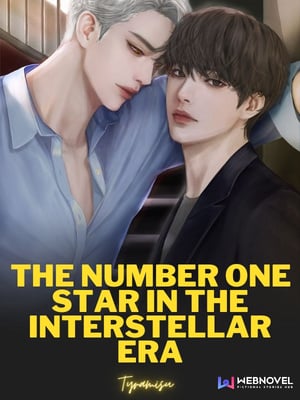 The Number One Star in the Interstellar Era [BL]

You’re Reading The Number One Star in the Interstellar Era [BL] Novel at ReadNovelDaily.

He just became the newly-crowned movie emperor when he died a tragic (actually, very stupid) death. On his way to cross the NaiHe bridge, he managed to evade Meng Po and not drink her soup. Thus keeping the memories of the life that he just had.

But he would never have imagined that he would be reincarnated hundreds of thousands of years later. In the Interstellar era! If it happened to other guys, they would definitely want to be a mecha warrior. Don’t most men dream of that at least once in their life? But sadly, that’s not for him.

There’s only one goal in his mind – to be the number one star in the Interstellar era.

With the knowledge and skills he got from his past life, he would definitely achieve it.

But who was this annoying person who kept on pestering him?

A certain prince smiled in a scary and crazy way: Cook food for me or else die.

A certain prince leaned over and moved his face closer: I don’t need food, I could just eat you.

*NaiHe bridge – a bridge that souls crossed to enter reincarnation

**Meng Po – the lady on the Naihe bridge who gives out soup that lets the souls forget their memories, thus entering the cycle of reincarnation in a clean slate.

Chapter 1 - THE DEATH OF A MOVIE EMPEROR
Chapter 2 - NOT DRINKING MENG PO’S SOUP
Chapter 3 - BEING BORN ONCE AGAIN
Chapter 4 - THE INTERSTELLAR ERA
Chapter 5 - THE TOWNSEND FAMILY
Chapter 6 - A FURTHER LOOK INTO THIS ERA
Chapter 7 - AT THE SPACE PORT
Chapter 8 - TWINS’ CONVERSATION IN THE SHUTTLE
Chapter 9 - ASTRID’S QUALIFICATION
Chapter 10 - ’CHARMER’
Chapter 11 - PEOPLE’S SKEWED AESTHETIC
Chapter 12 - FORESHADOWING OF THE FUTURE
Chapter 13 - THE PRINCE’S WHEREABOUTS
Chapter 14 - LAWLESS DEN
Chapter 15 - WULFRIC DE LUNARIS
Chapter 16 - LEAVING THE DEN
Chapter 17 - A SHOOTING STAR (OR IS IT?)
Chapter 18 - WHERE EVERYTHING WENT WRONG
Chapter 19 - DISAPPEARING GENERAL
Chapter 20 - MAKE ME
Chapter 21 - THE MOST IRRITATING MAN
Chapter 22 - HE DOESN’T LIKE IT
Chapter 23 - TWINKLE
Chapter 24 - INVITE ME BACK
Chapter 25 - HE WON
Chapter 26 - DON’T SMILE AT HIM
Chapter 27 - EDMUND’S WORRIES
Chapter 28 - EMMY’S WORRIES
Chapter 29 - JASMINE
Chapter 30 - I COULDN’T BEAR IT
Follow this page Read Novel Daily on Facebook to discuss and get the latest notifications about new novels