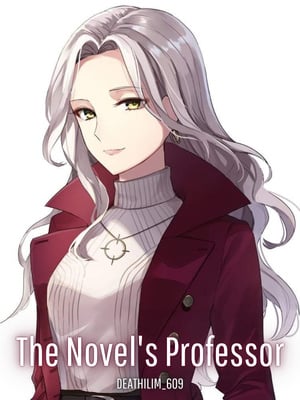 A happy and fulfilled life, everyone wanted that. Rio was no exception, he too wanted to feel joy and fulfillment.

But how many actually achieved that?

He didn't know, but he knew that he was not part of those.

Rio, a part time editor of a webnovel called, The Last Stand, transmigrated inside the world of the novel. Not as a main character, nor as a villain, not even a student.

But as a professor.

A simple extra, professor that was never even mentioned in the story. Through some circumstances, he was the mentor of the main cast of characters.

Armed with knowledge of the future, treasures of the world, and skills of different origins. He would raise these students to their utmost as early as possible. He felt that there would be no problem.

However, as time marches forward he realizes everything was not as simple as he thought.

The plot, or the future, as he knew it was going further down the rails. The body he occupied had a mysterious identity. A higher existence watches over him.

Realizing the implications, he gave up on staying low key and unknown. He will strive, live, and survive admist this world of cruelty.

A world set in a modern futuristic setting where cults roam free, capitalism corruption rises, demons and other races exist.

However, even if he survived and lived, will he even feel happinness and fulfillment? He didn't know, but he will live still.