Follow this page https://facebook.com/ReadNovelDaily on Facebook to discuss and get the latest notifications about new novels.
Novel Sports

The National Sweetheart Livestreamer Is A Pro! 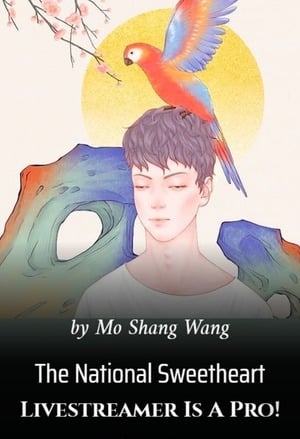 The National Sweetheart Livestreamer Is A Pro!

You’re Reading The National Sweetheart Livestreamer Is A Pro! Novel at ReadNovelDaily.

The handsome, skilled newbie livestreamer, Ji Zhiyao, has a dream.

“One day, I want to become the most famous crosstalk actor amongst the livestreamers.”

Later on, this dream is forgotten by him and secretly becomes another.

“I want to overthrow Fi-god! I want to become Mix’s new team dictator!”

The rich and aloof idol of the eSports scene, Mo Huaifeng, also has a dream.

“Two years later, Mix will definitely make it into the International League.”

Soon after, subtle changes happens to this dream.

“I want to make it into the International League with Ji Zhiyao and after winning, I will f**k him on livestream.”

Livestreamer to eSports pro, Captain to boyfriend, will their dreams come true?

Chapter 1 - Cant help it, hes part of the scene after all
Chapter 2 - Mix.Fi!!
Chapter 3 - Just that the brain cannot really function well
Chapter 4 - But with my condition, I will be a burden to the team
Chapter 5 - There is a tournament going on in there today, lets go have some fun.
Chapter 6 - Pal, you want an autograph?
Chapter 7 - “One minute less, I will hold your heads down and add another hour.”
Chapter 8 - “Dont be so anxious to contact him, let me continue to observe for a period of time.”
Chapter 9 - He scratched his head in frustration and cursed quietly.
Chapter 10 - Its bright daylight, some drama queens ought to wake up, stop dreaming.
Chapter 11 - Today lets show them, what is known as the true experts are amongst the common folk’!
Chapter 12 - Who are they looking down on now?
Chapter 13 - Come on, let daddy teach you how to be a man.
Chapter 14 - This slap on the face was a slap well done!
Chapter 15 - If teamwork was the problem then say it, what does it make you to keep trying to put the blame on others?
Chapter 16 - What do you mean by ‘explain what’s going on between you and Fi-god?’
Chapter 17 - Can you do me a favor?
Chapter 18 - Was it because he tended to look rather kind?
Chapter 19 - You actually still have fans...
Chapter 20 - “I don’t use Weibo much, my WeChat is DB.MHF, let’s add each other.”
Chapter 21 - You dont have to worry Fi-god, I will guide him well and help him to fulfill his dream.
Chapter 22 - World’sBestJungler’
Chapter 23 - Flag and what not, it’s all fake.
Chapter 24
Chapter 25 - Voice chat?
Chapter 26 - You are too white, almost transparent.
Chapter 27 - I acknowledge your masculinity.
Chapter 28 - No wonder I found him familiar.
Chapter 29 - Being Like This Saddens Me
Chapter 30 - 1308