Follow this page https://facebook.com/ReadNovelDaily on Facebook to discuss and get the latest notifications about new novels.
Novel Martial Arts 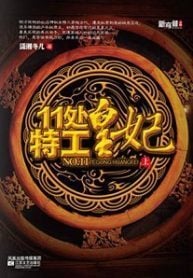 After her demise, she was magically transported back in time to the Xia Dynasty to start a new life, where she assumed the identity of an 8-year-old female servant. In order to help Yan Xun, the Prince of Yan Bei, escape, she lived in the imperial palace for eight years along with him. In the process, they helped each other to become stronger such that they could rebel against the Xia Empire and return to the territory of Yan Bei.

The first half of the novel depicts vividly how the two characters go through thick and thin, hand in hand – Chu Qiao helping Yan Xun to achieve his dreams and Yan Xun’s love towards Chu Qiao. However, the two of them start to drift apart due to their conflicting personalities – Chu Qiao having a kind hearted nature and Yan Xun having the airs of a prince: arrogant and boisterous.

Chu Qiao eventually leaves Yan Xun and ends up together with Zhuge Yue, who had always fancied her all along. The two of them eventually become recognised as the famous Queen of Beauty and the King of the Green Sea, establishing a prosperous, long-standing and stable dynasty. The old monarchy system was undoubtedly and easily scrapped; the new Xia Empire, helmed by the two of them, rose from the verge of its downfall like a phoenix from the ashes!