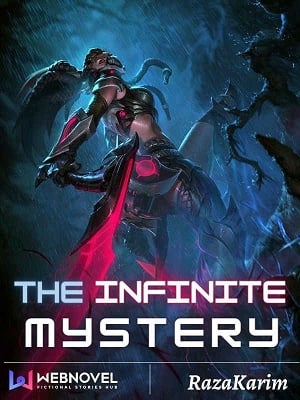 A generation's mighty and most powerful expert died mysteriously and reincarnated without any memories on a small planet far away from the Cultivation World.

This small planet was earth.

Five thousand years ago, a great calamity descended on earth. Countless Spatial Cracks appeared in the sky and beasts invaded. After hundreds of years of fighting, humans discovered they could awaken a battle spirit that can help them raise their strength and grant them the abilities that were simply unimaginable for humans before.

Qin Feng also awakens his battle spirit but unfortunately, it was swallowed by his own birthmark, The Infinity Symbol.

This was just the beginning of the mysteries that surrounded him like invisible specks of dust. He soon discovered that the 'Infinity Symbol' was actually not his birthmark but something mysterious from another world.

The Infinity Symbol helped him awaken a Divine Battle Spirit and granted him a Nameless Cultivation Technique that was beyond the world's limit.

He also discovered that he could not die! Every time, he was killed, he returned back in time with the memories of what is going to happen in the future.

Soon after awakening the Divine Battle Spirit, a mysterious beautiful lady stepped into his life and told him that he does not belong to the earth. He was actually the reincarnation of someone called 'KING'.

The mysteries that surrounded him like the invisible specks of dust started to come on the surface from the day of his awakening, revealing many secrets to him.