The Boss Lost His Memory and Only Remembers Me 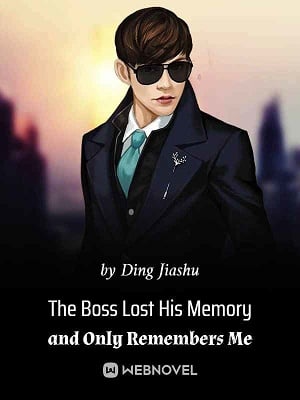 The Boss Lost His Memory and Only Remembers Me

You’re Reading The Boss Lost His Memory and Only Remembers Me Novel at ReadNovelDaily.

Fu Nanli, the flight captain and sole heir to the Fu Consortium, lost his memory in an accident.

He could not remember anything about his family, identity, or status. He only remembered Wen Qiao, who had risked his life to save her before the accident.

Young Master Fu was confused, but he only remembered one person. If she said yes, then so be it.

The cold and noble Prince Charming had been snatched away by a wild girl from nowhere.

All the socialites in Harbor City were enraged.

All the socialites gathered 100 million yuan. They had to tear off the fake mask of a certain vixen, Wen Qiao.

However, all they got, in the end, was the marriage of the century.

The wife he got after losing his memory, when he regained his memory, would still be the person he loved the most in his life. If everything was guided by fate, then he would be grateful for such an encounter, that was what Fu Nanli believed.

yuan to rip off the vixen Wen Qiao’s mask and expose her lies. Yet, there is nothing they can do to stop the ‘wedding of the century’ from taking place.

Just like that, one hundred million yuan is gone in a flash!

Uttering cries of anguish, the socialites simply can’t fathom why this is happening. “Everyone says Young Master Fu is shrewd and adept at scheming. Why did he fall for the deceitful little vixen?!”

With an arrogant gaze, the man muses dotingly, “If I didn’t play along, how was I to abduct the little fox and take her home?”