The Big Shot Tears Apart Her Villainess Script After Transmigrating 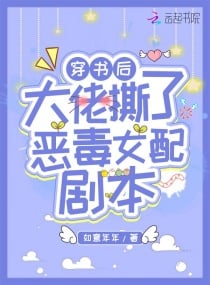 The Big Shot Tears Apart Her Villainess Script After Transmigrating

Tang Li, a loner learned in the mystic arts, transmigrated into a book, becoming an overbearing CEO’s wife who only ever thinks of running away and trying to kill him everyday, even cohaiting with a gigolo and ended up destroyed by the CEO.

Tang Li was speechless, thinking to herself that the Host must be crazy to want a gigolo instead of a CEO who has money, looks, and size!

Eventually, everyone noticed in surprise that she gave up on the gigolo and started competing for the family inheritance. Not only had she accepted one impressive disciple after another, she kept hovering over her husband as well.

“Darling, I think you’re having indigestion, I made you warm soup.”

“Hold me, darling. I’m afraid of the thunder~”

Unable to hold it any longer, the overbearing CEO undid his belt while saying dangerously, “Tang Li, you made me fall for you, and I’ll have you know how deep is my love right now!”