Surviving in my Own Unpublished Failed Novel 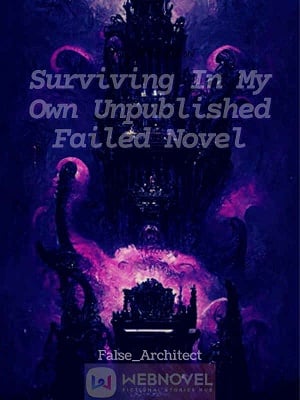 Surviving in my Own Unpublished Failed Novel

You’re Reading Surviving in my Own Unpublished Failed Novel Novel at ReadNovelDaily.

[This is your typical story where there is a System of unknown origin given to mankind, and the existence of Towers, Dungeons, and Constellations, the known or unknown ‘Gods and Demons’ of humanity’s collection of myths.]

An event called 'Emergence of Races' struck the human world where the planet Earth was stretched out like dough causing it to become seven times its original diameter.

Various Towers and Dungeons sprouted out of nowhere that caused an earthquake that broke the seismic scale.

Billions of humans died in the process that crumbled human society in an instant.

And just like that, Russell Moon reincarnated in the world of his-considered-failure unpublished novel [The Forgotten Swordsman of Ruined Star], sixteen (16) years before the beginning of the ‘Main Story’ which was set forty (40) years after the Emergence of Races.

And due to that very reason, the existence of 'Untouched and Unknown elements' came back to bite him!

'Why did I write that way?'