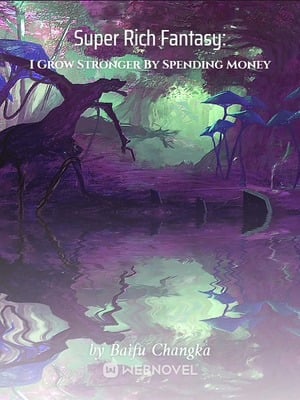 Ye Xuan came from a normal but extremely wealthy family. Yet, one day, when he woke up, he realized that he had been transmigrated to a fantasy world.

He was prepared to train and embark on an adventure, but he quickly learned that he had actually become the young master of Thousand Realms, the biggest trade company.

His father even let him inherit more than trillions of spirit stones.

“Are you serious? I’m sick of being rich!” Ye Xuan complained.

Fortunately, he had awakened a system that would make him stronger by spending money.

With that, he used the Grade 9 Celestial Pill to feed his dogs.

He used the famous painting that contained the will of the Supreme Sword to start a fire.

He used the Five-elements Divine Talisman to clean his ass.

And yet, he still had much more to spend. He then decided to join a clan that no one had even heard of.

He spent thousands just to see the saintess of the clan smile.

When he started a dueling competition, he bet a lot of his money on the weakest contestant.

However, that contestant had actually awoken the Ancient Holy Body during the fight and was able to fight 100 men on his own.

“You sure are my son. You are as talented as me when it comes to managing a business!” his father complimented.

“This man is so cool when he spends his money!” exclaimed the saintess.