Solo Cultivation in The Apocalypse 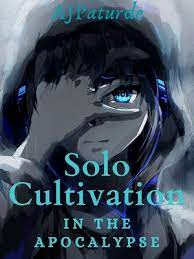 Solo Cultivation in The Apocalypse

You’re Reading Solo Cultivation in The Apocalypse Novel at ReadNovelDaily.

Humanity was finally recovering from the wave of an unknown Mana Apocalypse that had turned the world upside down.

A world where Science had married Magic. Advanced technology had mixed with magic spells.

Hitori, who happens to be in the Mana Users group hates magic and spells. Saibai Hitori's passion, pleasure, and happiness lie in gaming. He unlocks the solo Cultivation System and the ability to cultivate in and outside the most popular game.

In times of destruction, trusting someone will only destroy you. Players and guilds started attacking each other in the game. Guild Vs. Guild, Player Vs. Player, Player Vs. Environment, Realm vs. Realm. Everything is on, everything is going down.

Hitori's goal is to unravel the secret behind his parents' death and become the Emperor of the Apocalypse.

In a world where humans evolve and survive, only I cultivate and conquer.