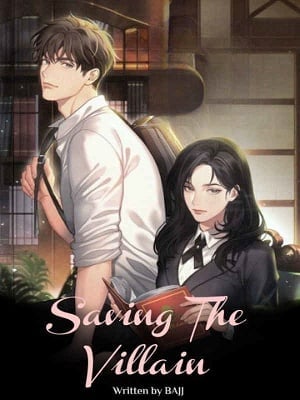 The Devil’s Den was Cosette’s favorite webnovel that she had followed for three whole years. She waited for updates, wallow in those empty days during the author’s constant hiatuses, cry and laugh with the characters; it was already a part of her short life.

Cosette really wished that the novel would never end despite that she was terminally ill.

But after three years, The Devil’s Den finally came to an end. With a reader as invested as Cosette, she had mixed emotions about the ending. Not that the ending was disappointing, but what disheartened her was the ending of her favorite character; the villain Maxen Devilsin.

One year later, Cosette took her last breath only to wake up in the body of the stunning Cosette Blac; the villainess of the novel The Devil’s Den, her second favorite character after the villain.

Granted with the opportunity to live in the world of her favorite novel before the main story starts, Cosette had a plan.

That was to simp over the characters and save her favorite characters whilst hoping that the female and male lead still have their happy ending.

In a world that was already written and events that were expected to happen whether or not they wanted to, can Cosette change the course of their lives? Was overwriting the characters' fate could save them? Or would it just give them a much worse ending than what the author had given them?

Watch Cosette as she tried to become the superfan and give the dark-themed story some light.

Chapter 1 Side Story
Chapter 2 Waking Up As The Villainess
Chapter 3 If She Could Live As The Villainess For A Day
Chapter 4 Not Anyone’s First Choice
Chapter 5 Meeting The Villain
Chapter 6 Reading And Seeing Things Was Like Heaven And Earth
Chapter 7 The Faint Warmth After A Long Winter
Chapter 8 Are You A Psychopath?
Chapter 9 The Mission Continues
Chapter 10 The Heart Of A Die-Hard Fan
Chapter 11 Meeting The Husband Of The Year
Chapter 12 Reality Slowly Sinking In
Chapter 13 A Quick Review Of The Original Storyline
Chapter 14 A Quick Review Of The Original Storyline II
Chapter 15 Transferee
Chapter 16 First Day Of School
Chapter 17 Catching A Rare Pokemon
Chapter 18 Skipping Classes
Chapter 19 Grocery With Papa Conrad
Chapter 20 Matching Lunch Boxes
Chapter 21 Bumping Into The Male Lead
Chapter 22 Cooking Day!
Chapter 23 It’s Not Healthy To Skip Class With An Empty Stomach!
Chapter 24 Mini Heart Attack
Chapter 25 Just Another Day
Chapter 26 The Unfairness Of The World
Chapter 27 The Little Things They Do
Chapter 28 She Wanted To Be One Of His Truths
Chapter 29 Negativity
Chapter 30 A Father’s Words
Follow this page Read Novel Daily on Facebook to discuss and get the latest notifications about new novels