Rise of the Malactric Heir 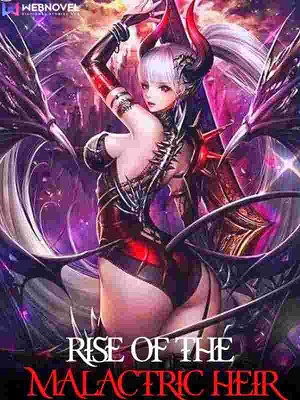 Rise of the Malactric Heir

You’re Reading Rise of the Malactric Heir Novel at ReadNovelDaily.

Underestimated, shoved aside, trampled on, and lied to!

The life of a typical nobody like Alix was not an easy one. Mocked for being a poor orphan with no history of his parents, the loneliness was his only kin and kith in the whole wide world filled with magic.

With little time left to live and limited expectations from life, everything suddenly took a quick turn when he was accepted in the royal academy of arcane and taken in as a student of the crown princess who turned him into something that he never imagined he would become.

The young boy discovered something amazing in the vast emptiness of his soul, when his life was in danger and he was at the end of the line, a true monster's powers were awakened in the midst of all the madness, the truth of the past came to light, the mysterious young man finally found a purpose to his life and vowed to bring destruction on those who took everything from him.

“I will kill anyone who stands in my way, you think I am weak? if I were you I would take a look in the mirror, I will show this world what true power looks like” Alix said as his eye glowed blue and red.