Raising My Children With My Personal Spatial Ability 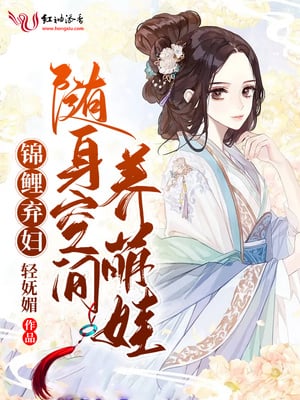 Raising My Children With My Personal Spatial Ability

You’re Reading Raising My Children With My Personal Spatial Ability Novel at ReadNovelDaily.

When she woke up, she had transmigrated into An Jiuyue, a woman living with two young children on a mountain after her husband abandoned her. She was pushed to the ground, and now, there was a bloody wound on her head.

With only a handful of rice left in the rice bag, she had relied on digging wild vegetables to satisfy their hunger every day. Her children were so often starved that they were all skin and bones. On top of that, a wicked woman threatened her to sell her son! If she refused, the woman would snatch him away forcefully.

But An Jiuyue took a deep breath, revealed her sharp claws, beat the woman up, and threw her out of the house. She could show the woman she was not to be messed with!

They were out of rice and vegetables now, but she was not afraid. Acquiring food using her spatial abilities was as easy as curling her fingers!

Moreover, her spatial abilities were unlimited, and her medical skills did not deteriorate. She could no doubt earn money and raise her children well!

As for her ex-husband…

Chapter 1 - Transmigration—Selling Children?
Chapter 2 - The Abandoned Wife Who Was Kicked Out
Chapter 3 - Selling My Son Out Of Consideration For You?
Chapter 4 - Throw Her Out the Window
Chapter 5 - The Floor Is So Cold
Chapter 6 - Hard to Cook Without Rice
Chapter 7 - Only Three Taels Of Silver Left
Chapter 8 - Her Adoptive Father Is a Better Father
Chapter 9 - Microcosm
Chapter 10 - I Don’t Dare To Say It, I Have to Hold Back!
Chapter 11 - There’s a Snake!
Chapter 12 - Sell the Child
Chapter 13 - Come And Make Up the Numbers?
Chapter 14 - Good Liar
Chapter 15 - Too Sensible
Chapter 16 - The Cascade River
Chapter 17 - It Looks Like There’s Going To Be a Flood!
Chapter 18 - I Don’t Want to Go to That Place for Now
Chapter 19 - Prices Are Starting to Increase
Chapter 20 - A Widow
Chapter 21 - Jinxed Your Parents And Husband
Chapter 22 - Take This Matter Seriously
Chapter 23 - Bent On Selling Him
Chapter 24 - This Smells So Good
Chapter 25 - The Rain Is Getting heavier
Chapter 26 - The Suspended Pavilion You Mentioned
Chapter 27 - Couldn’t See Clearly
Chapter 28 - Points Mall
Chapter 29 - Huge Flood
Chapter 30 - I’ll Kick You, I’ll Even Chop You Up!