Protagonist's Evil System: My Girlfriend Turned Into A Dragon 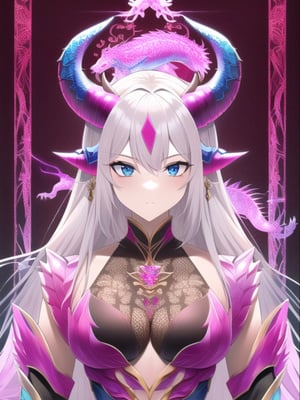 Protagonist's Evil System: My Girlfriend Turned Into A Dragon

Living a dual life, Lucas was a meek boy in school and a Wire Knight on the Internet at night. Surprisingly, he's asked out on a date by one of the most beautiful girls in school.

However, the date ends after a bizarre sequence of unfortunate events, he gets isekaid into another world.

Lucas received a rebellious system and some strange pills as rewards which released the dormant evil within him. He has to control the rooting darkness coming from the previous protagonist of that place and learn how to control his power.

The system promises to fulfil one wish if he will win the game he was sent to. This motivates him to help his sister to get better and become healthy again, he must obey the system and win the game to be granted that wish no matter what.

To form a team with another human, an elf and a so-called 'sex machine'. Lucas has to collect all the avatars and learn how to control them, wield the weapons that were given to him and win the tournament of the place by killing the black wizard.

Time is quickly ticking and there's a huge mess for him to reverse. Starting from his date who suddenly was transformed into a dragon!