Playboy Cultivator in the Apocalypse 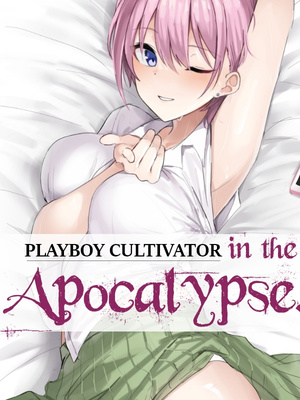 Playboy Cultivator in the Apocalypse

You’re Reading Playboy Cultivator in the Apocalypse Novel at ReadNovelDaily.

Dual cultivation and apocalypse—words that mix like oil and water. There's nothing charming about seducing feral women on the road.

However, when Kaze Lexicon, the emperor of the Immortal Plane, got transmigrated into the past, he refused to give up his debaucherous ways—apocalypse or otherwise.

Armed with the knowledge of the future and an encyclopedia of overpowered cultivation techniques, he immediately set forth to obtain resources and build a lavish settlement to live a comfortable life dual cultivating in the apocalypse.

However, while it's obscenely protected and powerful, he finds himself in another predicament. The cultivators farming humans for their war, and the desperate humans, become enemies far more dangerous than the zombies and monsters that afflict humanity.

Join Kaze as he rebuilds his reputation from a bullied weeb, obtains wealth, builds power, starts a faction, makes lemonade, trains his people, protects his past lovers, conquers settlements, and fights humans, monsters, and cultivators, all for the sake of two obscene goals: enjoying life and building an army of engineers to bring modern technology to the higher planes.