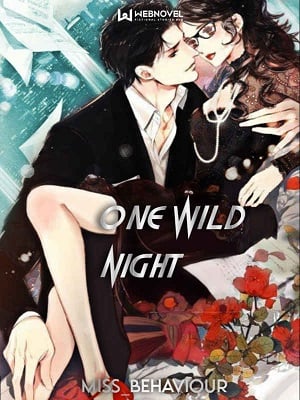 Having to spend her birthday night in a new city, she goes to the club where she meets a very handsome stranger, Thomas Hank, who offers to be her one night stand after catching a glimpse of her dare-to-do list, which included having a one night stand.

Thomas Hank, after having been used by several ladies in the past, is bent on getting the lady of his dreams who would love him for himself and not his wealth. So when he meets the cute and naive Lucinda Perry at the club, he decides to keep his true identity from her and find out if she was worth keeping.

“What are you doing here?” Lucy asked in alarm when she walked into her boss' office and saw Tom standing by the window,

“Who let you in here? Come with me, you should leave now before he comes in and sees you here. He can be really mean.” Lucy said reaching out to grab his hand, but he made no move to reach for her hand, and just kept staring at her with a slightly amused expression.

“I came to fulfill your fantasy.” Tom said looking into her eyes with an unreadable expression.

“Fantasy? What fantasy?” She asked with a frown as she hurried to the door to shut it so her boss wouldn't walk in on them.

“You've forgotten? You said you would love to have sex with me on your boss' table. I want to make it happen.” Tom said making her heart skip a beat.

“ARE YOU OUT OF YOUR MIND?” She half yelled as she took his hands and tried to drag him to the door, “I could lose my job if my boss finds you in here.” She snapped at him.

“Nevermind about that. Tell me the thought of this doesn't turn you on? I'm here, you're here, and the table is right here. I could have you on your back in a second and you'd be crying out my name...” Before Tom could finish, the office door was pushed open.

“Sup Tom? Can I talk to you for a sec?” Harry asked as he walked in, his eyes on the documents in his hand. He stopped when he raised his head and realized Lucy was in the office. He almost kicked himself when he saw the frown on Lucy's face, “Shit!” Harry muttered, and gave Tom an apologetic glance when he realized he had just screwed up.

“I thought you were going out?” he asked her with an awkward smile.

“Tom? You know him? I mean... other than him being my driver?” She asked both men, looking from one to the other when she noticed Harry didn't look surprised to see Tom in the office.

What was going on here? What was she missing? Lucy asked herself as her gaze shifted from Harry to Tom who was glaring at Harry. There was no way Tom could be her boss, right? All the pieces of the puzzle was beginning to fit now. It was all beginning to make sense now, she thought as she glanced at Tom one more time before walking out of the office.