My Daughter is a Vampire 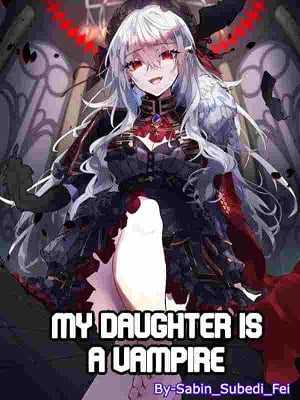 My Daughter is a Vampire

You’re Reading My Daughter is a Vampire Novel at ReadNovelDaily.

Living a fairly common life, Brian lost his parents at the age of twenty at the hands of vampires. But he never imagined that he had a daughter and she was a vampire.

Elenor was raised by her mother, learning to become the next head of the Vampire Family. Seeing the pressure and loneliness of her mother, an eight year old Elenor decides to find her father and help them patch up.

But, who would have thought that her father had no love for her mother, he doesn't know much about her. Instead he fell in love with an werewolf, her racial enemy.

But, it wasn't her story. Brian had a lot more going on in his life. With a new daughter and a girlfriend, his life began to drastiscally change. From solitary and lonely life to a life filled with excitement and love. Can he handle it? Can he raise his daughter? Will he ever love her mother?

In the age of post-apocalypse, Brian at the age of twenty-five starts a new life filled with Virtual Reality, Superheroes, Evil Aliens, Vampires, Werewolves, and most importantly, Techs.

Chapter 1 I ordered a game but got a daughter for free
Chapter 2 Daddy Must Burn Those Magazines
Chapter 3 Daddy, can you help me bath?
Chapter 4 Somebody has Couple Coupon for Daddy and it’s not mommy
Chapter 5 Daddy asked someone to live with him and it’s not mommy
Chapter 6 Daddy doesn’t love mommy
Chapter 7 Daddy has Dragon Fetish
Chapter 8 Mommy loves daddy?
Chapter 9 Daddy got his first quest
Chapter 10 Daddy named a new skill after his game name
Chapter 11 New Quest and Rewards shocked Daddy
Chapter 12 You can’t scam Daddy
Chapter 13 Daddy got another confession?
Chapter 14 Daddy’s new friend got some backstory
Chapter 15 Daddy must defeat Wolf Leader
Chapter 16 Daddy Slayed the Wolf Leader
Chapter 17 Ely wants to go to Amusement Park?
Chapter 18 Ely needs Daddy’s Blood
Chapter 19 Daddy kissed someone and its not mommy
Chapter 20 Daddy asked "Are we going to Amusement Park or High Class Party?"
Chapter 21 Daddy or Super Daddy
Chapter 22 Daddy helped his friend
Chapter 23 Ely made her first friend
Chapter 24 Daddy Saves the Day
Chapter 25 Daddy Figured Out Everything
Chapter 26 Daddy’s Project for Ely
Chapter 27 Why did Daddy try to hide his emotions for five years?
Chapter 28 Daddy got the Bad Premonition
Chapter 29 Daddy Continuously Levels up Part 1
Chapter 30 Daddy Continuously Levels Up Part 2
Follow this page Read Novel Daily on Facebook to discuss and get the latest notifications about new novels