Mr. Nian, Your Wife Refuses To Be The Substitute 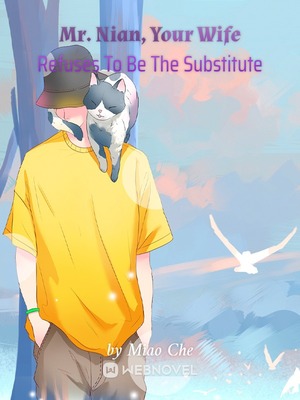 Mr. Nian, Your Wife Refuses To Be The Substitute

You’re Reading Mr. Nian, Your Wife Refuses To Be The Substitute Novel at ReadNovelDaily.

A mysterious car accident caused her to be bedridden for three years.

After Ning Qing woke up, she learned two things.

One was that her elder twin sister had died in a car accident three years ago.

The other was that she had already married someone.

Her husband was Nian Lie, the eldest son of the Yan family who owned the biggest conglomerate in Yan City.

He treated her as a substitute for her elder sister. While he put her through torture, he would tell her that he loved her with reddened eyes.

Initially, Ning Qing wanted to divorce him, but later on, she indulged in his ambiguous love.

Until she stood outside the wedding venue where he was about to marry another woman.

Her heart was dead. Nothing was worth holding back anymore.

She wanted to escape, but she was unwilling to let him live the rest of his life peacefully.

Hence, under the reporters’ flashing lights, she stepped onto the bridge and jumped off with her nearly due baby…