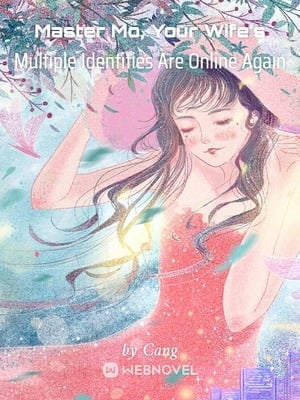 In her previous life, Su Nuan was set up by her lover and sister, and died tragically in prison. When she woke up, she had been reborn to a time before all the tragedies had happened. At her birthday party, her sister found some kidnappers kidnaping her, trying to destroy her innocence and get her kicked out of the house. Not only did Su Nuan mess up her sister’s plan, but she also dealt with all the kidnappers.

She also rescued Mo Ting, the most powerful and handsome man in City A. To stay away from her cruel sister and hypocritical scumbag of a lover, she relentlessly clung to Mo Ting. “Uncle, for my poor sake, please help me. I’ll do anything you want.”Mo Ting: “A contract marriage for three years. I’ll give you everything you want during that time!” At first, Mo Ting thought Su Nuan was just a poor little girl who had been driven out of her home, so he helped her.

He was also using her to appease his family’s elders as they had been harping on him to get married. Later, his assistant came to report, “The principal of City A’s university is here. He wants your approval for your wife to participate in the international competition.”Mo Ting: “…Wasn’t Xiao Nuan a hopeless student?”Assistant: “Sir, Madam has blown up! The entire internet is kneeling and begging her to debut in the competition!”Mo Ting: “…When did she become so versatile?” Later, the assistant reported again: “Sir, someone from the National Medical Academy is here. They say they won’t leave if they can’t invite Madam to make an appearance!” Mo Ting: “…I must be dreaming. Go out and come in again. Let’s start over!”