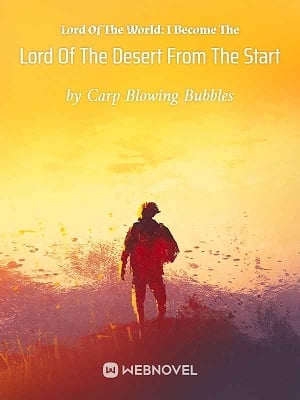 You’re Reading Lord Of The World: I Become The Lord Of The Desert From The Start Novel at ReadNovelDaily.

Billions of people around the world were transmigrated to the game world of “Shining Era.” Everyone became lords and possessed their own land.

In this world of lords, the most important resource was the troop lairs where they could recruit troops.

However, the potential of these lairs was fixed. If anyone wanted to obtain a top-level troop, they could only do so by defeating powerful wild troops and occupying their lairs.

However, Richard discovered that he could actually improve the level of troop lairs directly.

From then on, various powerful troops were groomed by him.

When the other players were still leaping with joy from obtaining a high-level troop, behind Richard were a Desert Pharoah, a Demonic Scorpion King, a Mechanical Giant, a Demon Baron, a Blood Archduke, a Five-colored Evil Dragon, and a Fallen Angel.

From that day on, a prosperous and dazzling oasis city was established in the desert. As for Richard, he became the ruler of the desert.