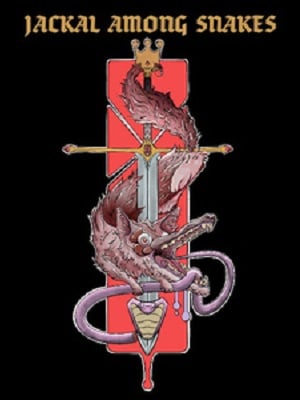 The royal bastard of House Vasquer, Argrave, changed after his stay studying magic at the Tower of the Gray Owl.

The sickly man's awkward posture and cruel behavior have been replaced with a neat dignity and acerbic wit.

Though once listless, he now strives towards his goals with a life-or-death tenacity.

Most come away thinking he seems to know too many details about too much. Few can claim to know his motives or his goals.

Yet behind that confident appearance, the primary contributor for an open-world RPG's wiki battles existential dread and things far beyond his ken as he struggles to adapt to a grim, gothic fantasy world mirroring his favorite game.

The prospect of fighting against a world-ending calamity loses all of its appeal when it transitions from entertainment to reality.

Argrave is spurred towards unwanted heroism to preserve his life as he struggles desperately to keep this sinking ship afloat.