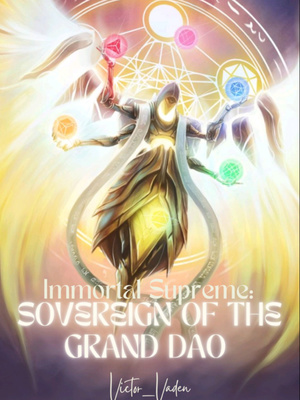 Chapter 121 The Plan
Chapter 120 I Won The Bet, Call Me Master
Chapter 119 Asmir, The God Of Alchemy
Chapter 118 Practicing Alchemy, Making A Bet

In the Grand Multiverse, there are gems that existed before creation they were the tools used for the creation of the multiverse.

These gems held limitless power and no one had ever gotten a hold of all of them at once. The highest person has ever gotten to possess was two of them.

With this, he enacted a plan that will make him the ruler of the consciousness that rules the Grand Multiverse...the Grand Dao.

But he faced an attack he was not ready for and almost died...

Years later, he returns from another reality with most of his memories lost and gets reincarnated into the cultivation world again, and this time with one extra gem, the Gem of Space.

In this story you will not witness world domination, no...you will bear witness to something much grander. Something that has never occurred since the beginning of time.

The grand story of a man who wants to become the Sovereign of the Grand Multiverse.

I woke up today with great expectations for my future. But something greater than my expectations happened instead. From almost getting killed in a store robbery, to witnessing something that I would only see in fiction happen before my very eyes.

And then getting transported to another world, and suddenly finding out that the dreams I had of myself being a powerful cultivator like the main characters of the cultivation novels I enjoy reading, were actually my past memories...

..to getting reincarnated after almost getting killed by the 999,999 souls that were clones of me?

“I am definitely tripping!”