I'll Come Clean! I Am The King Of Lolan! 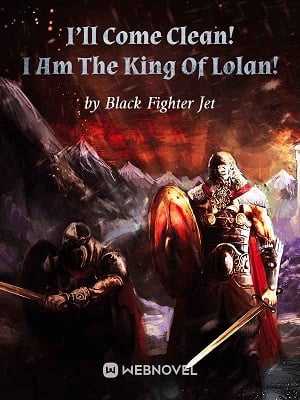 I'll Come Clean! I Am The King Of Lolan!

You’re Reading I'll Come Clean! I Am The King Of Lolan! Novel at ReadNovelDaily.

In the 15th year of Lolan’s independence, Luo En transmigrated to this world. But because his system needed six months to load, he had to make use of his own know-how to open a bar in the city and use the bar to familiarize himself with this new universe he was in.

But the location of the bar was poor, so the only customer he had was a man named Charles. This man was a very strange one who enjoyed asking Luo En about the country. He would ask about matters concerning the military, the people, and any other topic that would have seemed potentially treasonous.

“What sort of person do you think the current king of Lolan is?

“Which side do you think is more likely to win the war between Lolan and Waoh?

“Which of the king’s sons do you think is most suitable to be the next king?

Charles’ questions were always so bold.

Luo En was always on the verge of rolling his eyes. As a top student of the 21st century who was well versed in military matters and history, these brainless questions were an insult to his intelligence

But since Charles always spent so much money here, he decided to just answer some of Charles’ questions.

“The current king of Lolan is a good king who’s hard to come by. His legacy will definitely go down in history!

“Before him, Lolan was a divided nation where the aristocrats took control of everything, oppressing the people and making their lives difficult. White Horse City and Sunset City were filled with poor and hungry people, even selling their children to make ends meet and eating absolutely anything they could find. It was such a tragedy.

“Thankfully, the current king united the country and gave the people a peaceful and stable environment to live in. At the same time, he set new laws to help the people come out of their post-war poverty…

“So, I think the current king is a truly wise man, a good king who comes once every millennium!

After hearing these words, the king in disguise at the bar felt his heart palpitate. “You know me the best!