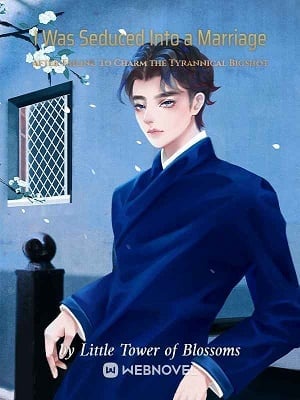 You’re Reading I Was Seduced Into a Marriage After Failing to Charm the Tyrannical Bigshot Novel at ReadNovelDaily.

Sang Qianqian, the eldest daughter of the Sang family, was eighteen when she fell in love with Shen Hanyu at first sight.”I love you, Shen Hanyu.” “But I don’t,” Shen Hanyu replied ruthlessly, his every word determined. “Not now, not ever.”

Furious, the wealthy daughter planned her revenge against Shen Hanyu but somehow discovered that he would eventually become a cold-blooded, tyrannical big-shot who would destroy her family! Her spite towards him skyrocketed, but after she left, he missed Sang Qianqian like crazy, who was now leading a carefree life after moving far away and faking her death. Suddenly, she heard the news that Shen Hanyu, now a magnate and seemingly crazier, had her grave exhumed and was now on the search for her. Alarmed, she quickly packed up her things to go on the run again… only to find the man himself standing outside her door, breathing through gritted teeth, “Running again? Go for it.”Knowing that escape was futile, Sang Qianqian changed her approach and tried to charm her way out of the dangerous situation, only to fail and end up submitting herself.***

Years later, realizing she had been tricked, Sang Qianqiang threw the divorce papers in front of Shen Hanyu. “I want a divorce!”Shen Qianyu simply pulled her into his arms and leaned in for a kiss. Pulling away after a long while, he asked hoarsely, “Still want a divorce?”Left dazed by the kiss, Song Qianqian mumbled, “N-No…” “Then call me darling.” “D-Darling…”Shen Hanyu nodded in satisfaction. “Good girl.”