Follow this page https://facebook.com/ReadNovelDaily on Facebook to discuss and get the latest notifications about new novels.
Novel Xuanhuan 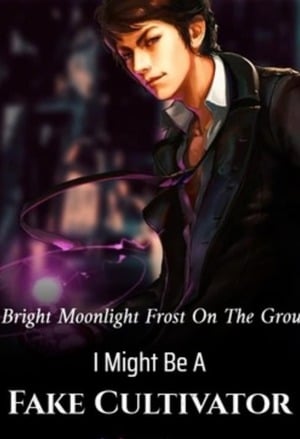 You’re Reading I Might Be A Fake Cultivator Novel at ReadNovelDaily.

On modern-day Earth, An Lin seems to have been abandoned by God.

When his father suddenly disappears, An Lin is left with his father’s immense debt, putting his life at risk.

After being forced to a rooftop by his pursuing creditors, An Lin is unexpectedly swept off his feet and brought to the ground safely.

After learning that he was saved by an Immortal, An Lin is gifted, seemingly out of pure generosity, the ‘God Of War System,’ and a pass to a new realm.

Follow An Lin as he experiences a whole new world of legends, meets many new friends, acquires legendary weapons and tools, and starts on his path of becoming a powerful cultivator. There is never a dull time in An Lin’s new life with his ‘great’ new system!

Chapter 1 - Why Is This Immortal So Happy?
Chapter 2 - Most Networked Backdoor Entrant
Chapter 3 - The Loveable and Detestable System
Chapter 4 - A Class of Prodigies Plus One Loser
Chapter 5 - Don’t Cultivate in Your Dreams
Chapter 6 - An Indeclinable Declaration of Battle
Chapter 7 - Weakest of Class One VS Strongest of Class One-Hundred
Chapter 8 - The Three Musketeers and a Dog
Chapter 9 - There Is Springtime Even for Losers
Chapter 10 - An Lin’s Fortune in Love
Chapter 11 - An Lin’s Disaster in Love
Chapter 12 - Ranking up in Leaps and Bounds
Chapter 13 - No Zuo No Die
Chapter 14 - I Apologize, I Wronged You
Chapter 15 - Mountain Soul-Essence
Chapter 16 - Such Terrifying Diarrhea
Chapter 17 - Free-For-All Battle
Chapter 18 - Sensational Opening Ceremony Speech
Chapter 19 - You’re Very Famous, You Also Need a Spanking
Chapter 20 - The Reprehensible An Lin
Chapter 21 - The Little White Rabbit’s Counterattack
Chapter 22 - Lining Up to be Defeated
Chapter 23 - Young Sorceress
Chapter 24 - Let’s Solo!
Chapter 25 - The Frightening Final Spark
Chapter 26 - Chen Chen
Chapter 27 - Cultivating While Gaming
Chapter 28 - Thanks for Letting Me Win
Chapter 29 - The Battle Triggered By a Dog
Chapter 30 - Breakthrough!