I Have 10 Training Avatars 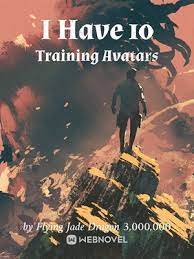 I Have 10 Training Avatars

You’re Reading I Have 10 Training Avatars Novel at ReadNovelDaily.

Lin Xuan transmigrated into a world where demon beasts rampaged. He became one of the lowest ranking wasteland reclaimers in the Germinal Organization to explore the mystic realms.

[Congratulations on seizing a Gold Swallowing Lizard as one of your avatars for gaining more experience. Do you want it to begin its training?]

[Your current location is first floor of the Giant Rock Cave. (1 coin per minute. 5 exp points per minute)]

[Gold Swallowing Lizard has been training for 4 hours. Do you wish to collect its experience?]

Lin Xuan’s eyes were wide open. He was well-versed in how this worked. This was similar to the AFK games that he played in his previous world.

As such, he began his comfortable journey of becoming the strongest.

Up until one point, the Germinal Organization discovered that he was abnormal and decided to deal with him. It only then did Lin Xuan realize that even Seventh Realm fighters and the managers of the organization were inferior to him.