I Became The Pope, Now What? 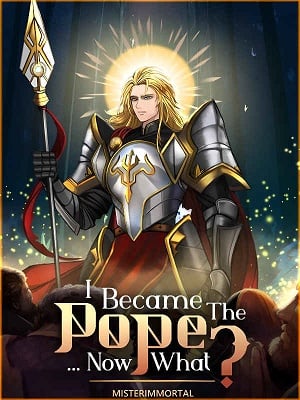 I Became The Pope, Now What?

You’re Reading I Became The Pope, Now What? Novel at ReadNovelDaily.

Johnathan, an old man with an extraordinary past but an ordinary end, gets reincarnated in a dark fantasy world full of magic, darkness, and mysteries furled.

However, he committed a grave blunder by taking the fiction he had read as a reference. Reborn as a baby, he hoped to be deemed gifted by speaking early.

One thing led to another, and tragedy struck. The villagers declared him a demon-possessed and called the church. Johnathan, now known as Sylvester Maximilian, realized that he had messed up.

When the church's inquisitors came to judge him and burn him on a pyre. As a last resort and to welcome his soon to arrive second death, he started chanting holy hymns as his last breath.

Overwhelmed, they kneeled, thinking he was a messenger of Solis.

From there, the story of how Sylvester Maximilian rose through the ranks to sit at the top began.

But his life won't be ordinary, as he uses his cunning and the tag of 'God's favored' to his advantage. Fighting treachery, unearthing secret plots and world mysteries, facing the darkness around him and creating his place in history, engraving his name in the annals to be forever remembered as the—Immortal Pope, The Young.

[A/N: To not mislead you, the novel's name does not mean he instantly becomes the Pope from the start. The story will follow the life of MC. Though he will become the Pope at a pretty young age. 40% of the novel will be based around MC fighting to sit on the supreme throne.

If you enjoy world building and lore building, then you will like this story.]