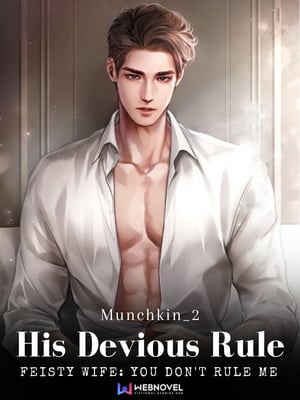 Have you ever wondered about unpredictable life?

Anya Owen faced such times thrice in her life due to one person. Twice she survived and started leading a happy life with her darling son.

But could she survive the jeopardy he was going to cause again in her life?

Alvin Matthews, the most mysterious man in the city. Nobody knows where he is, what is up to, or what he does. Some even doubt if he is alive or dead.

Could he stop himself from falling for the little feisty woman?

Well, he never stops himself. But he doubted if he would get killed by the stone-hearted woman before he could soften her heart.

Alvin watched Anya politely speaking with the butler. He leaned back on the armchair and crossed his legs, intently watching the soft smiles appearing on the delicate face.

“Hey, Little Chipmunk, why is your mother good to all but me?” He asked shifting his eyes on the little man who was crossing his little legs playing a video game on his mobile.

A sly smirk appeared on Zane’s face. He carelessly threw his words, “That’s what you deserve, Chipmunk Monster.”

Alvin has to rack his brain to appease Little Monster... Correction, Little Master and his Devil… The second Correction, his Queen.