Forced To Marry The Devil : A Crazy Love Saga 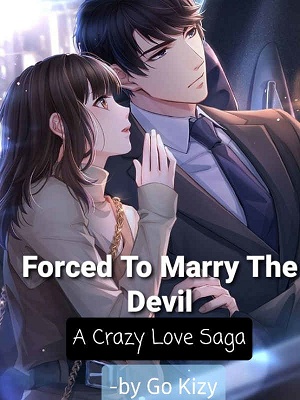 Forced To Marry The Devil : A Crazy Love Saga

Kizy, an etheral beauty with a cold but proud personality.

She had infuriated her boss and left the previous company. In return, the company attacks her mom. Plus with the power behind the company, no hospital is ready to treat her mom.

Thus left with no option, Kizy had to go and plead Markus for saving her mom.

Markus, most eligible bachelor in country B with a godly handsome face. He is no.1 business tycoon. But only a few people know that Markus is actually the current mafia leader of underworld in country B.

And unknown to others, he has a past with Kizy. To put it in plain words, they both can be called sworn enemies. They have known each other since childhood and hate ech other to the core. Thus when Kizy approaches him, she isn't much hopeful.

But opposite to her expectation, he agrees to help her out on one single condition i.e to marry him. And therefore Kizy is forced into this marriage.

But what will happen when these two people who can not tolerate each others's presence for even a moment are tied with the marital knot for the rest of there life?

Let's witness a crazy love saga unfold between Kizy and Markus filled with loads of action, drama, unseen twists and turns and off course a whole lot of romance.