Everyone Else Has a System 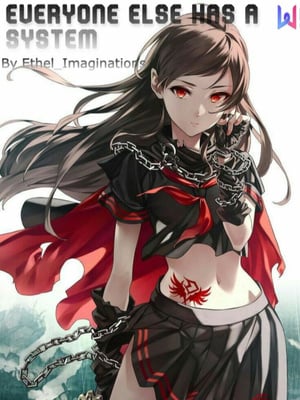 Everyone Else Has a System

You’re Reading Everyone Else Has a System Novel at ReadNovelDaily.

“Destiny is a matter of Choice not Chance,

The story sets in a mana blessed world, Planet Vermillion, where every being possesses a System.

At the edge of his life, Zero, a man without a System, finally loses everything and embraces his death with a tired yet relieved expression.

As if by fate, the owner of the system approaches Zero through a screen and gives him a chance to connect with the System, however Zero denies it in exchange for a chance to change or undo all the mistakes he has done in his life.

The owner of the System accepts Zero’s wishes but at a certain price and sends Zero back into the past.

Still without a System, but with the knowledge of the future and various skills honed over the years, Zero begins his new journey to change everything he could.

However, the more he moves forward, the more he realises that the ‘truths’ which he had known in his previous life are much more complicated than what they seem.

Balancing his previous beliefs and the new found mysteries that could shatter his perspective, he still keeps moving forward despite things getting more chaotic with every step.

As if fate itself wanted him to fall, an unknown disaster approaches him from behind and a familiar screen comes in front of him

[Ummm… Zero. It might be a bit late but… Looks like I have messed up big time]