Empress of the Entertainment World 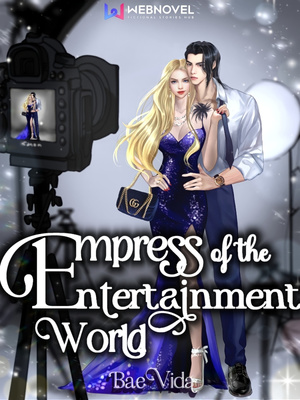 Empress of the Entertainment World

You’re Reading Empress of the Entertainment World Novel at ReadNovelDaily.

“A wedding, yes, but not to this girl. You will go down because of this. I would make you pay a million times over. This is my promise to you.”

Being drugged and unknowingly having a one-night-stand with a stranger, Andromeda Kai found out that losing her virginity was not as painful as being cheated on by her fiancé and co-designer a day before her wedding.

Even with this setback, she refused to cower. She would repay her enemies’ schemes a hundredfold and stop at nothing till she stands on top of the fashion world!

She is prepared to do it alone - but she gets help from someone unexpected!

With the tale of a sweet romance hanging around her life, demanding her love and attention, Andromeda is

confronted on all sides by the undying love of Liu Xueyi, the entertainment emperor, who would use all means to make the queen of the fashion world fall for him.

So many secrets lay in the dark while her enemies try to steal her glory, ruining her completely.

She had her plans. He had greater plans for her. He would make her rule and bring her enemies down, not as a queen but as an Empress!

Chapter 1 Bachelorette Party
Chapter 2 True Nature
Chapter 3 One-Night-Stand
Chapter 4 No Trace Of Her
Chapter 5 It Begins
Chapter 6 There Would Be No Wedding
Chapter 7 Li Xueyi’s Rage
Chapter 8 His Punishment
Chapter 9 Disown Me?
Chapter 10 Twice In One Morning
Chapter 11 You Have Yourself A Deal
Chapter 12 Her Other Side
Chapter 13 Caught: Termination Of Contract
Chapter 14 The Girl Who Used Me
Chapter 15 Just Business
Chapter 16 Known Mad Man
Chapter 17 More Trouble
Chapter 18 Rubbing On To Me
Chapter 19 Never Appear Before Me
Chapter 20 Cursed Men
Chapter 21 Naughty Andromeda
Chapter 22 Scolded: Painful Past
Chapter 23 A Glimpse Of The Past
Chapter 24 Lost Her
Chapter 25 Wu Bai’s Rage
Chapter 26 Meeting Xu Fang
Chapter 27 New Intern
Chapter 28 Vice CEO
Chapter 29 We Lost
Chapter 30 My Guest
Follow this page Read Novel Daily on Facebook to discuss and get the latest notifications about new novels