Disciple Cashback System: I Got Exposed By My Disciple 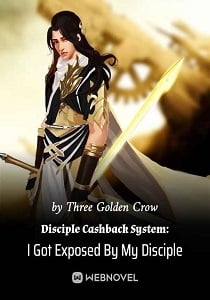 Disciple Cashback System: I Got Exposed By My Disciple

You’re Reading Disciple Cashback System: I Got Exposed By My Disciple Novel at ReadNovelDaily.

Ye Xuan was transmigrated to the Qingyun Sect and became the youngest elder. At the same time, he had also received the 10000x Disciple Cashback System.

From a young maid to a previous noble lady and the demonic empress, he accepted all of them as his disciples.

No matter what he gifted and taught his disciples, he would receive the same thing back in 10000 folds.

“Ding! You have given your disciple a low-grade Nirvana Pill. You have been rewarded with the Heaven Path Pill.”

“Ding! You have given your disciple the Sky Blazing Sword. You have been rewarded with the ancient divine sword, God Slayer.”

“Ding! Your disciple’s cultivation has increased by a year. You have been rewarded with 10000 years worth of cultivation.”

Ye Xuan continued to accept more disciples until one day, one of his disciples, the empress, exposed his identity.

It was then that the world learned of a person who was the strongest.