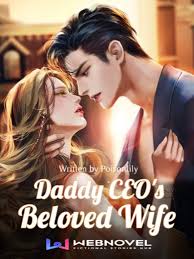 Chapter 452 Look, Even The Heavens Are Siding With Them!
Chapter 451 Film Promotional Video
Chapter 450 Retaliation Against Gong Sun And Feng Huai
Chapter 449 Steam*

The night her fiancé cheated on her, Ran Xueyi didn’t think that her family and friends knew all about it even before her.

Devastated, Xueyi decides she wants revenge in the way she could ruin her family’s reputation and get out of the engagement she didn’t want.

And the only way to do that was to get pregnant with another man’s child!

But what happens when the father of her child appears before her eyes after 2 years demanding to take her and their child back?

Will Xueyi be able to resist his charms when even her son wants to adopt the man as his father?!

Meet Song Yu Han, an enigmatic man and the wealthiest business tycoon in their country. Too bad, the man was cold as ice.

But just when everyone thought that there would never be a woman who could make him fall in love, he suddenly brought in a beautiful wife and a son.

Just a few scenes from the novel:

“Mommy, I want to eat dinner with daddy,” the little one said one day.

“Mommy, I heard from my classmates that they sleep with their parents. Can I call daddy to sleep with us?”

Xueyi rejects the idea but when her son started to cry and throw a tantrum, she finally gave in.

And the next day, again.

“Mommy, I want a little sister from mommy and daddy. Go and make one for me!” the little one demanded and then winked to his dad who was standing behind him.

Thus, starts Xueyi's life filled with love from both her husband and son

Chapter 1 Excerpt:
Chapter 2 Cheating Couple
Chapter 3 Mister Handsome, Do You Have A Girlfriend?
Chapter 4 Song Yu Han
Chapter 5 Am I Getting An Uncle, Then?
Chapter 6 "To My Mother’s Clinic"
Chapter 7 No Tears Left To Cry
Chapter 8 Watching A Show
Chapter 9 You Got Your Sperm Stolen?
Chapter 10 Shocking The World With A Single Post
Chapter 11 Taking The Top Ten Trending Spots Easily
Chapter 12 Is It A Crime To Post In My Account?
Chapter 13 Snowrabbit’s Virtual Boyfriend
Chapter 14 Mistaken Virtual Boyfriend
Chapter 15 Do You Want To Meet Up?
Chapter 16 I Prefer You Calling Me ’Baby’
Chapter 17 Taking Responsibility
Chapter 18 Prove It
Chapter 19 In Eyes Of The Law And God
Chapter 20 Confrontation With A Scumbag (1)
Chapter 21 Confrontation With A Scumbag (2)
Chapter 22 "Yang Baihua... Is It Fun?"
Chapter 23 Empire House Estate
Chapter 24 80 Million Yuan
Chapter 25 "Isn’t That Also Part Of Your Responsibility, Wife?"
Chapter 26 Star Studios (1)
Chapter 27 Star Studios (2)
Chapter 28 Aren’t I Brilliant?
Chapter 29 As The Top Actress Again!
Chapter 30 I’ll Wait For Your Return
Follow this page Read Novel Daily on Facebook to discuss and get the latest notifications about new novels