Cultivation: I Inherite The Strongest Account In A Sect Simulator 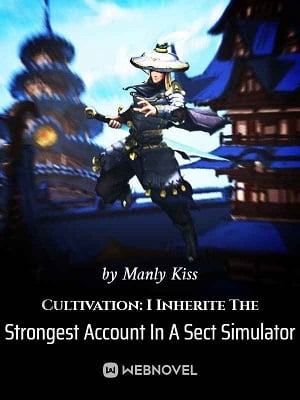 Cultivation: I Inherite The Strongest Account In A Sect Simulator

You’re Reading Cultivation: I Inherite The Strongest Account In A Sect Simulator Novel at ReadNovelDaily.

Jiang Yining was transmigrated to a cultivation world and became the master of the Tianyan Sect.

Unfortunately, the sect was broke and he only had three disciples. Just as everything was about to fall even further apart, he received the Golden Finger.

To make it even more interesting, the Golden Finger was an idle cultivation game that Jiang Yining had played in his previous world.

[Welcome back, long-time player. You will inherit your old account that has been idled for a million years.]

From the game, Jiang Yining could receive martial arts, resources, fates, buildings, skills, and even spiritual roots from checking in and completing quests.

He vowed that he would use the rewards to grow his own sect.

In the world of cultivation existed prestigious families, sects, kingdoms, and even celestial sects. Everyone’s goal was to ascend to a celestial being.

However, years later, Jiang Yining and his Tianyan Sect sat on the Long River and looked down at the people still struggling in the celestial realm.

Chapter 1 - The Sect Leader of Lingyun Sect, the Sect Stimulation Game
Chapter 2 - After Staying Online for Millions of Thousands of Years, the Celestial King Returns and Gains Benefi
Chapter 3 - Supreme Celestial Demon Body, Green Lotus Creation Technique
Chapter 4 - The Concern from the Youngest Disciple, Huang Chaoyu
Chapter 5 - Body Tempering Meridian Unblocking Pill, Phoenix Flame Body
Chapter 6 - Side Mission, Rekindle the Phoenix Fire
Chapter 7 - Achieve Entry Level of the Cultivation Technique, Breakthrough to the Foundation Establishment Realm
Chapter 8 - Constitution Advancement, the Nether Phoenix Flame Body
Chapter 9 - The Nine Heavens Mystic Phoenix Scripture, Someone Is at the Mountain Gates
Chapter 10 - The Phantom of a Phoenix, the Illegitimate Princess
Chapter 11 - You Can’t Take My Disciple
Chapter 12 - The Coolies Who Delivered Themselves to the Door, Rebuilding the Sect
Chapter 13 - Foundation Establishment Realm Perfection, Spirit Gathering Array
Chapter 14 - The Majestic Hall that Rose Out of Nowhere, the Dreamlike Lingyun Sect
Chapter 15 - Breaking Through with One Thought, Mission Completed
Chapter 16 - Chaos Celestial Technique, Become the Sect Leader of the Thirty-six Manors
Chapter 17 - Building the Residences, the All-new Lingyun Sect
Chapter 18 - Is This Really the Lingyun Sect? Master, Don’t Lie to Me
Chapter 19 - The Second Disciple Was Numb From All the Shock
Chapter 20 - Someone from the Huoyun Sect, Prodigy Yan Minghui
Chapter 21 - Being Unreasonable, Attempting to Steal His Disciple in Front of Him
Chapter 22 - Made a Move and Suppressed Everyone
Chapter 23 - Flying Clouds Broken Moon Technique, Undercurrents
Chapter 24 - Advance Again, First Disciple Returns
Chapter 25 - Eldest Disciple Gu Lingfei, a Friend in the Nascent Soul Realm
Chapter 26 - A Nascent Soul Cultivator Descended From the Sky, So You’re Jiang Yiming?
Chapter 27 - You’re Also in the Nascent Soul Realm? Yan Rutian Has Been Tricked
Chapter 28 - The Chaos Finger Broke Through the Defense of the Nascent Soul Realm, Yan Rutian’s Death
Chapter 29 - Rising Fame, the Huoyun Sect’s Plans
Chapter 30 - Setting Up the Great Array, New Mission
Follow this page Read Novel Daily on Facebook to discuss and get the latest notifications about new novels