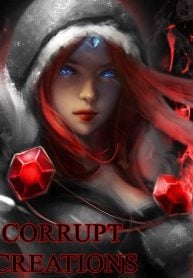 The Ancient Era has come to an end. Gods, demons and ancient beasts strong enough to rule anything with power and roam free in the universe... All vanished mysteriously.

No one really knows how it has ended and what actually have happened. Some records state that it was the constant war between gods and demons that caused their demise, or even the conflicts they had against members of their own race that ended that golden age.

Greed, pride and selfish motives could have been the catalysts for that ending.

Who can precisely tell what happened? It has been 2 million years since the last record of those times and in this gap of time, other races made their appearances.

Still, those considered God's and Deities of those old times, didn't let their names be erased from history. There are a lot of legacies they've left behind for the new races. Some are already claimed as people make them their sect treasure or family heirloom, but It's speculated that there are lot more legacies left behind that were still not found yet.

This is a cruel world where power reigns, so people do everything to get what they want.

It has to be known, that there were six supreme beings that were above the ranks of Gods and Demons, and they were called True Gods. Dauntless and unstoppable. They attained the peak of power and could only be feared and respected.

Till this day no one has really found any True God legacy, so people have forgotten about their existence. Although, there were a lot of god legacies, since they were constantly searching for the best inheritors for their bloodlines and their teachings. However, it is highly unlikely for a person to fully attain it, because Gods are Gods and humans are mere humans.

Their marks are all over the universe and they are treated with utmost respect until the present age. Still, there is no Deity alive to enjoy such treatment.