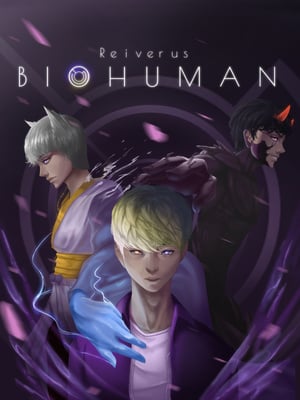 Project BIOHUMAN was supposed to be a quiet project that tested to see if they could create superhuman beings. The Creator, Dr. Vang Chang created the Numbers, ten individuals who took the BIOHUMAN serum and came out different.

Countries caught wind of this and demanded the Creator to disperse the serum to strengthen the humans. The BIOHUMAN serum was shot into the sky and dispersed all over the world. Little did anyone know, it changed Earth and everything living on it. Plants, animals and humans were genetically changed forever.

25 years later, the Creator's son, Lee Seng Chang is a high school student without any Biohuman powers. The serum had given him almost no Dark Matter and only increased his overall human abilities to a super-Biohuman level. Even with that, the power standing only made him seen as the weakest amongst everyone.

Picked on because of his powerless status, Lee Seng was left by all of his friends and labeled powerless. He desperately tries to keep going with a smile on his face. Lee Seng one day gets an option from a man with a Fox mask.

“Awaken your power but at a huge price.”

Lee Seng takes the deal and watches as the world he knew quickly changes and isn't what it seems. Put under the pressures of his Father's status and his new profound power and changes, Lee Seng battles the demons within him and the unknown coming for him.