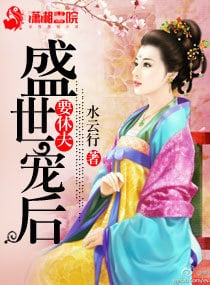 She was stupidly in love with him. Because of him, she became rude and unreasonable, overbearing, jealous, insane. But he did not spare a glance to her. Married for two years, he didn’t favor her once, letting her become the laughing stock of the whole world. Eventually, she ended up in an affair, leading to her tragic death.

When her eyes opened again, it was a different person.

Since it’s an empress, then we absolutely must be virtuous, generous, correct the previous jealousy defect.

Taking the initiative to help the emperor look for beauties, sending them to serve in the bedroom, teaching the imperial concubines how to primp themselves to win the emperor’s favor, and even using the phoenix seal as a reward. Whoever can satisfy the emperor on the dragon bed, will have the opportunity to take the phoenix seal and sit on the phoenix seat, to experience the feeling of being the empress. Being this virtuous can really be called impeccable.

She was this virtuous, the emperor ought to be pleased in every aspect!

Hadn’t expected the emperor wouldn’t know good from bad. Not only reprimanded her, but also contradicted her everywhere. The beauties she’d sent were actually all driven away.

Since he didn’t like the beauties, apparently there’s a special interest. In that case, send over a group of beautiful men. Can top, can bottom, every option is there.

In the end, they were also driven away.

“Your Majesty, do you have an unmentionable illness down there? If so, rest assured and tell me. I’ll let some people treat it in secret.” Take a look at her virtue, she could move herself to tears.

“What?” Then, Mo Qiqi with lightning speed jabbed the hornet’s nest.

Mo Qiqi worriedly looked at the emperor to inquire: “Your Majesty. Are you alright!”

The emperor spoke with a pained expression: “Call the court physician!”

“You did have an unmentionable illness!”