Author's Reincarnation in a Fantasy Setting 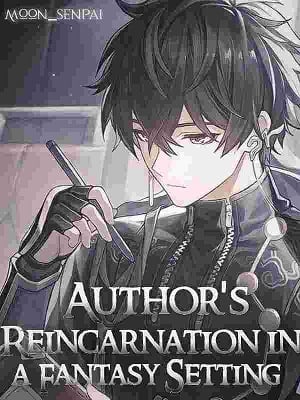 Author's Reincarnation in a Fantasy Setting

What does it feel like to find yourself inside the novel of an author you hated? How will you survive in a world that's filled with cliché? Well, something similar happened here.

Once there was an unpopular fantasy novel author. His life was pretty messed up—no, he made it messed up. And remember I said messed up, not sad.

Due to certain reasons, he ended up never having the life that an average teenage boy should have.

But soon he was freed from that life as he died due to a lovey-dovey couple. He was freed but he had regrets…after all, he didn’t make his life that way because he wanted to.

The things he did were the result of his condition and impulses.

It seems luck was on his side at that moment, seconds after he closed his eyes and died, those eyes opened again but this time they were gazing at a world different from his old one.

He got a second chance! Now he will live a new life, a life he wanted to live! This time he can live, grow old, and then die in a “normal” way! The way things should have happened in his former life.

Though it turns out he also had a good amount of bad luck on his side as well.

Later he found out that the world he reincarnated in was the same as the novel of an author he hated the most. The only person he never wanted to talk to again…he was reincarnated inside that very person’s novel.

This is his story! The story of the man who was known by the name “Zero” in his second life. The story of how he survived without plot armor in a world filled with cliché situations, only in the favor of the MC of that novel.

This is, Author’s Reincarnation in a Fantasy Setting!!